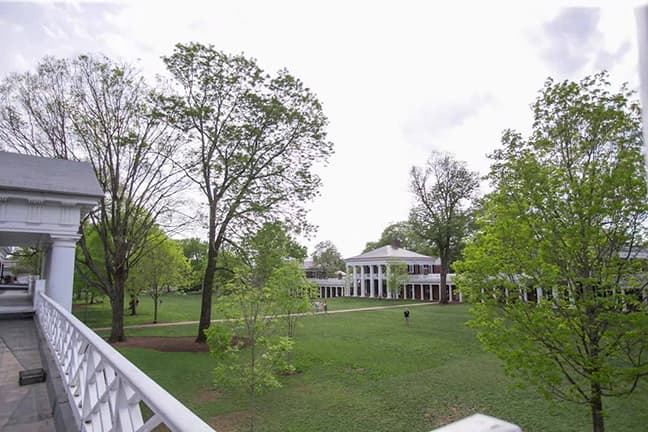 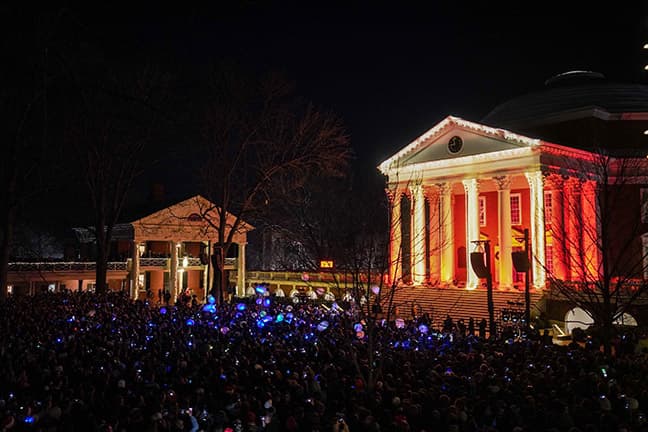 In 1819, Thomas Jefferson began his goal of creating an exquisite institution of higher learning, the University of Virginia. Jefferson paired his visual creativity and neo-classical architectural components at Monticello with his design of the University of Virginia. Both Monticello and the “Academical Village” at the University serve as vibrant displays of Virginia history and Jefferson’s remarkable intellect. With the Rotunda modeled after the Roman Pantheon, the University boasts this unique feature at the north end of The Lawn. Jefferson placed range rooms with dining hotels and additional dormitories on The Lawn, separated by gardens. These gardens still include serpentine walls, which were an architectural wonder of the period.

By 1825, the first students attended the University of Virginia. The college became the Commonwealth of Virginia’s first truly public school, highlighting Jefferson’s dedication to education. U.Va. was the first university to instill cross-disciplinary exchange between the sciences and humanities, a feature Jefferson took pride in. Built on Enlightenment ideals, Jefferson hoped to establish the University on a plan “so broad and liberal and modern” as  “a temptation to the youth of other states to come, and drink of the cup of knowledge and fraternize with us.”

Centuries later, the University echoes Jefferson’s dedication to “the Hobby of old age” by maintaining the same level of academic superiority.  Today, the University of Virginia is a tier-one research institute and the nation’s #2 public university, according to U.S. News & World Report. Come experience Virginia’s finest public institution and a node to Thomas Jefferson, the third President of the United States.

Historical Tours:  During the academic year, historical tours are offered free of charge and meet daily at 10 am, 11 am, and 2 pm in the Rotunda’s Lower East Oval Room.

A3: Meters are available in the parallel parking area on McCormick Road near the intersection of University Avenue.

Bryant Hall: Bryant Hall is located at Scott Stadium, on the top level of the Scott Stadium Parking Garage. There are 28 meter controlled parking spaces directly across from the main entrance to Bryant Hall.

Darden: There are 3 metered parking spaces near the Student Services Building and the C. Ray Smith Alumni Hall at the Darden School Grounds.

Law School: The Law School is located in North Grounds, off of Massie Road. There are 12 meter controlled parking spaces on the backside of the Law School, accessible from Nash Drive.

For more information on on-grounds parking and other forms of transportation, click HERE.