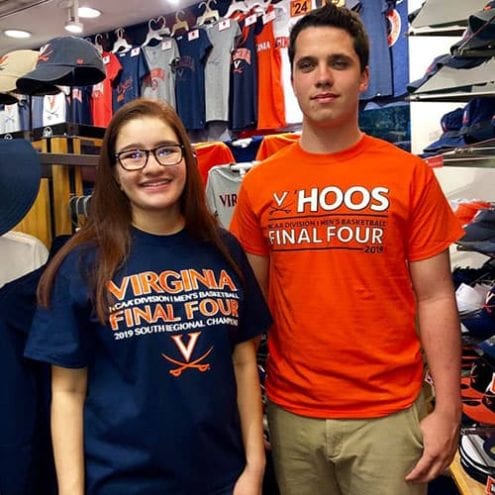 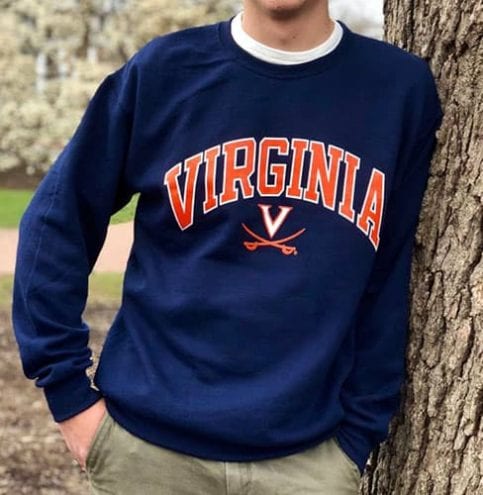 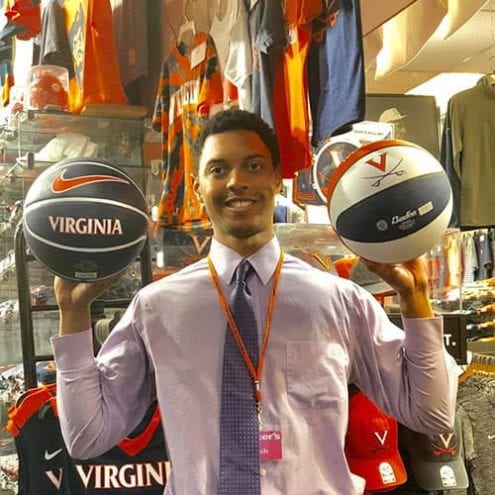 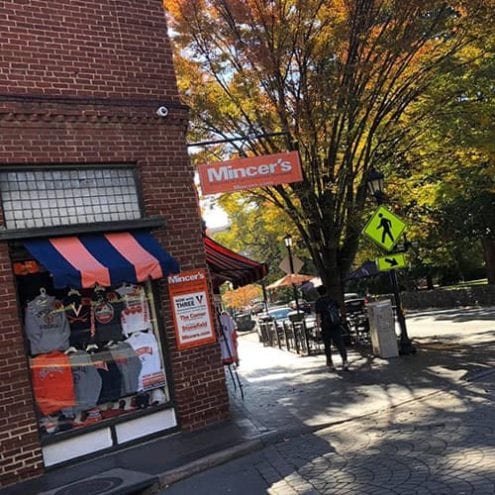 Mincer’s sells UVA apparel, clothing, gifts, accessories and hats. If you have visited their store, you know that there are many items not featured on their web site. Mincers.com will ship anything that is available in the store. Let them know if there is a particular item you want to purchase, and they will accommodate your needs. You may call or e-mail them with your special requests at (434) 296-5687.

Mincer’s University of Virginia Imprinted Sportswear is a family-owned, family-operated Charlottesville enterprise, since 1948. We do whatever we can to accommodate our customers. Mincer’s success is directly linked to our customers’ satisfaction.

On July 19, 1948, Mincer’s opened its doors to the University of Virginia and Charlottesville communities. At that time, Mincer’s was Mincer’s Humidor and sold tobacco, cigars, pipes, cigarettes, and smoking accessories. Mincer’s Humidor was originally located in a space that is now under the stairwell to Michael’s Bistro on the UVA corner. Mincer’s founder, Robert W. Mincer, worked alongside his wife, Clara P. Mincer, and together they generated high quality merchandise for a regular clientele.

In the summer of 1954, Mincer’s Humidor moved to its present corner location, which was half the size of today’s store. In 1960 Robert W. Mincer’s son, Robert H. “Bobby” Mincer, returned home from military service and joined the business full-time. Bobby Mincer grew up in Charlottesville, attended Lane High School, and graduated from the Commerce School at the University of Virginia in 1958. In 1972 Robert W. Mincer retired, and his son Bobby took over the business. In October 1996 Mincer’s founder, Robert W. Mincer, passed away at the age of 89.

In the meantime, Bobby’s son Mark Mincer worked part-time on nights and weekends and during the summer. In 1985, Mark also graduated from the Commerce School at the University of Virginia. Mark’s graduation and decision to carry on his family legacy was directly linked to the decision to renovate Mincer’s and enlarge it to its current size. In October 2012, Bobby Mincer passed away just after his 77th birthday. At this time, Mark became the sole owner of the family store. In October of 2013, Mincer’s opened a second location in the new Shops at Stonefield off Hydraulic Road in Charlottesville.