In April 2020, UVA unveiled one of the newest and most elegant architectural landscapes in the world, the University’s Memorial to Enslaved Laborers (MEL).

On ground once fallowed but now hallowed, alongside The Corner on a line to The Rotunda, the site represents over a decade of research and collaboration by scores of University and community members.

MEL holds numerous keys that unlock pathways from the present to the past. For instance:

Her gaze metaphorically observes our actions in the 21st Century

This gorgeous site, at once sacred and accessible, issues a major invitation for all. As both an aesthetic tribute and ineffable reminder, MEL is perhaps the greatest compliment possible for our World Heritage site just steps above.  “It’s gonna outlive me,” says von Daacke. “It will be the foundation of how the University expresses its values into the 21st Century.” 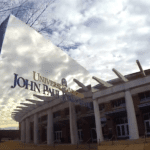 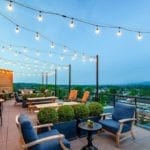 Hotels Near UVA Next