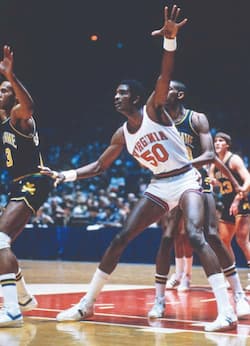 With all the great Charlottesville eateries to choose from, where do Wahoo legends go to dine and entertain? We frequently welcome back some of UVA’s greatest athletic heroes, and it’s no surprise they often bring a hearty appetite.

“When I come back to town, I go to the Aberdeen Barn and to Burton’s Grill,” said Virginia’s legendary Ralph Sampson, a three-time National Player of the Year and a member of the Basketball Hall of Fame. “I like both but my heart is at the Barn, where things haven’t changed much since I played at Virginia.”

Several of UVA’s former athletes who went on to play in the NFL and NBA, are big fans of the Aberdeen Barn because the restaurant takes them back to their glory days as Cavaliers.

“Virginia took me there on my recruiting trip,” said former UVA and Detroit Lions receiver Herman Moore. “I’ve had the opportunity to go back there and sit with other recruits, other former teammates and coaches, and to tell stories. Returning there sparks all those memories.”

Ditto for former UVA All-American running back Thomas Jones, who played in Pro Bowls and the Super Bowl with several NFL teams.

“I love to go to the Aberdeen Barn and Littlejohn’s (deli) on The Corner,” said Jones, who is now an actor in Hollywood. “Those are my favorite spots.”

Several former athletes and some current coaches frequent The Downtown Grill, a particular hangout of NBA player Justin Anderson. The NFL’s “Walter Payton Man of the Year,” Chris Long can be spotted there along with his parents Pro Football Hall of Famer Howie Long and wife Diane.

Phil Wendel, a local health club magnate, often entertains former UVA athletes along with NBA players when they visit. Wendel said he most loves the Aberdeen Barn and the Downtown Grill, and can be seen at Burton’s and Prime 109.

Shawn Moore, arguably the greatest quarterback in Wahoo history, has two favorites that he hits up when he’s in town: Wayside Deli, which he calls “clearly the best fried chicken in the world,” and Aberdeen Barn.

“The Barn was always our first encounter with UVA on our official visits,” Shawn Moore said. “In addition, most of the old heads recall going there for our Friday night dinner before Saturday’s games.”

Former NBA guard John Crotty, who is now a game analyst for the Miami Heat television network, can relate to Moore’s comments. “The Barn is my spot. I ate all my home game pre-game meals there. Excellent food and service. They still remember the old guys like me.” 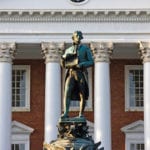 Those Odd Honors of Honors Previous 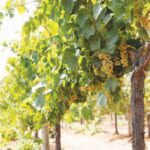